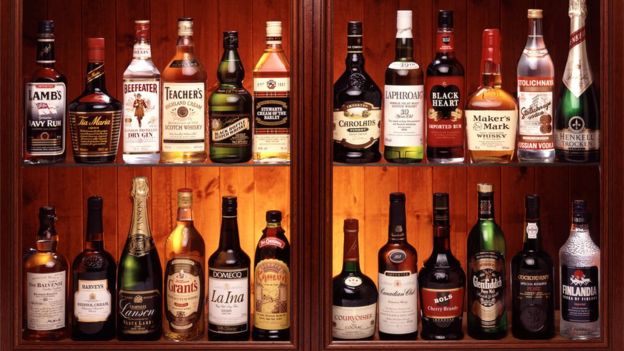 You must know the principal alcohol's property. With a little of alcohol, you can be happy and forgot all your problems, but it's during few hours before remember everything and be depressive again. But there are a lot of différents alcohol in the world, and many works exist thanks to alcohol's existence . It's a luxury produce which in his most prestigious cuvée can be extremely expensive. We can say that alcohol is a business where exist a real and very important Economy.

"A bottle of wine contains more philosophy than all the books in the world" -PASTEUR-.

First I want you to remember that alcohol should be taken in moderation, a rule which everybody respects ... for sure ! Of course I have already drunk, and I have to say that I am not a huge fan of alcohol.
The first time I drunk it was two beers without eating and I tried to woke up from the sofa ... world turned around me, the horizon took a strange axis and a friend caught me before I fall to the ground. NEVER AGAIN. But it was the first time, ok thought.

The second time it was during a birthday party, boys took a drink to fill him of everything and anything, orange juice, pineapple juice, oasis, some punch, vodka, rum, water, beer, rosé and some blue jelly beans .... really boys ? Blue jelly beans ?? That had a terrible color... I and a boy tasted.. It was not that bad.

The fun part of drinking is that you'll never see a drunk man to have a good idea. It's always something stupid to do, but at the time it's the idea of the century.
An eloquent example : call your exboy/girlfriend.

But you know, you should be grateful to receive a call from a filled person .. because they think of you while their brain barely works. :') 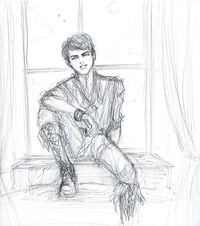 There are various types of alcohol indeed the strong alcohol as the vodka and less strong as the porto. Every continent, countries and regions have its own alcohol. The alcohol is sold alla over the world it's a real business indeed the European are the biggest consumers to the world. The alcohol entails serious illness.

I can remember the first time I drunk and it was quite a good party. Everything was fine because I drunk carefully but with the years it seems that I forgot this detail.
The funniest part of that is that I hate the effects of the alcohol especially on the others.
Unfortunately alcohol is a part of our lives, it is in our culture since decades and it won't disappear.
Sometimes I find myself wondering why people drink even more when they know what alcohol does on the behaviour or on the health.

Alcohol is not one of my favorite drinks. It is obviously necessary to consume it in moderation because it is harmful for the health. I consume very much because my sport does not allow me and I do not really like it.

The term "alcohol" refers strictly to a family of molecules of organic chemistry: CnH2n + 1OH, with the hydroxyl -OH, a functional group marking the family of alcohols. The term mainly refers, in its popular meaning, ethyl alcohol or ethanol.
The most common meaning of the word alcohol is that of alcoholic beverage, the word alcohol being then an abbreviation of "wine alcohol". The term wine (from the Latin: vīnum) which originally means, alcoholic beverages in the broad sense, is instead today usually limited to wine wine.
My favorite mixture is the Jägermeister with red bull.

Alcohol is dangerous for the health. But a lot if teenagers drink strong alcohol to see the effects and the sensations. So, we must to consomate alcohol with moderation; Also, i'm a sportif and i musn't drink alcohol to be performant and don't be hurt.
But, i like go to the night club with my friends and i 'm the king of the night !

Alcohol is amazing when you are friends but if you can't remember nices moments it's annoying. Some people became addict and it can be a real disease. I do not drink often and not much because I'm not fan. Anyway i'm crazy without alcohol so i do not need it. L'alcohol can may a person agressive or ridiculous et can this can have fatal consequences for this person (alcohol coma).

Alcohol is a second biggest cause of avoidable deaths. Many people had loses their life in road crashes due to alcohol. Moreover, alcohol causes weight gain because there is lot of sugar. There are people who became dependent alcohol. But take a drink from time to time is friendly.

Alcohol is a kind of drink. It exists a lot of alcohols, more of less of strong. The alcohol can be dangerous if you drink too much, some peoples become addicts to alcohol for example. So, it is necessary to drink with moderation even if it's cool to drink with his friends in a party.

Alcohol. Hmm. Where does the alcohol come from. Probably Pirates. Pirates were great drinkers, surely the best drinkers because with the poor conditions they cross at sea, they drink to forget all woes. They drink mostly rum. Caribbean rum come to specially Pirates. Today we try to do like the pirates to drink alcohol but we can not do it
because we are too weak. Only pirates are strong. So become pirates !

What is commonly called "alcohol", despite very different modes of production, a wide variety of tastes and colors is actually composed of one single substance, ethanol, which acts specifically on the body. Ethanol or ethyl alcohol, or in ordinary language pure alcohol, comes from the fermentation of fruits, grains or tubers. The manufacture of certain alcohols comprises a distillation step, which makes it possible to increase their concentration of pure alcohol.
Alcohol has immediate effects, mainly on the brain, which occur a few minutes after consumption and can last for several hours.
Throughout this period, brain function and behavior are disrupted, resulting in specific risks.

alcohol is dangerous for the healt if we drink it so much, but with moderation, alcohol is a drink as the others. it take an important place in the party, it's impossible to imagine a party wwithout alcohol "especialy in the young adult's parties" we all know the effect of the alcohol on the body, that why, in the education there is prevention with the dangers of alcohol excess.

In the world have many types of alcohol, the alcohol the most famous it’s the beer, but it have the whisky, vodka who are many famous in Russia. The alcohol is forbidden for the child because Alcohol consumption can lead to memory loss to the black hole. At very high doses, drowsiness can go as far as coma ethyl. In night club and bar have many alcohol and many people consumes, in stadium have alcohol like a beer. The alcohol is good but it is to consume with moderation.

Alcohol is very dangerous for the healt but it's really good for drink. They say that we can drink but with moderation however nobody gets to drink in moderation. Friends who do not drink must watch over others and everything will unfold well.

Alcohol is a type of drink that allows us to move to another state when we drink a lot. But be careful when drinking can allow us to forget our problems for a few moments. But drinking too much can put us in dangerous states. Moreover it can create an addiction where it is very hard to leave. And finally this is not very advisable for athletes to consume a lot. So drinking time between friends is fine but watch out for its quantity.

all of us always know that alcohol is dangerous, we don't control what we are doing and all of that.
But there is something more important than the other... we can produce alcohol Vodka with vegetable and that is a revolution.

Alcohol can make you happy but you have to drink it with moderation because alcohol in large quantities is Dangerous for your health. Alcohol can quickly become addictive, that's why we should not consume regularly.

Now the serious things begins, I will talk about something that is very close to my heart : alcohol and it’s why i choose this subject. I will talk especially about one type of rum who called « The Kraken ». It’s a black spiced rum, rum with Spice, Caramel and Other Natural Flavors with secret spices. The degre of this drink is 47%alcool/vol. It is an imported rum from the Carribean. This rum got his own story but it’s too long to write it here. But now i will tell you my own love story with this wonderful drink but before there is one important rules to do when you drink this rum : never dilute it with anything ! Even you feel badly and you need to do in WC for vomit or do other things… My last memory in a party with this bottle and i can’t tell that here because i don’t have much memory. One last things, there is a conspiracy around alcohol from the gouvernment and illuminaty, they said alcohol is not healthy but it's wrong they just want to keep it for themself, they are sheitan.

Alcohol is something which is very bad for your health. Even more if you drink it regulary in high quantity. I think I have a quite good experience on this subject. I usually drink alcohol with friends when we go out on saturday night and go to the nightclub right after drinking a bit. Obviously we also drink in the nightclub but it's more expensive. Obviously alcohol is bad for your health but also for your wallet. Drinking a little bit of alcohol like 1 glass at a dinner should be our only cconsumption of alcohol but we are young and it makes you happier and help you to forget your probleme during a few hours.

Everyone says that alcohol, it’s bad. Indeed, that made of the evil to our health, we can to make things which we regret… But that, it’s for those which can’t drink! Actually, if we drink alcohol in reasonable proportions, without abuse it, it is only pure happiness! my great-grandfather drinks everyday a red glass of wine ; he’s persuaded that it is thanks to that he’s always in good shape, with more than 95 years!

Hello today I will takl about Alcohol!
Alcohol is water or at least that's what I thought before Saturday night when I drank vodka, which is my favorite drink. Vodka is a colorless alcoholic beverage. She comes from Poland or Russia. Vodka is the most alcohol consumed in the world. As i said earlier, the word vodka can be translated as "litle water".

alcohol can be good for your health This argument is a delight to lovers of good wines, beers, spirits and cocktails of all kinds. But beware, before quarantine, do not count too much. And beyond moderate consumption, your body will inherit the harmful effects of alcohol. The benefits will be manifested only under certain conditions and in some cases only.