This is where you discuss your first week's topic. Off you go...

Hi, I will start with some general informations about Emmy Awards. The annual primetime Emmy Awards is organized by the Academy of Television Arts & Sciences in Los Angeles. This celebration rewards the best US primetime television program. Stephen Colbert was the Emmy Awards presenter. This year, Emmy Awards was not only a place to talk about television but also to criticize Trump government. The Alec Baldwing's display was made to make fun of Trump !

Hi !
In fact, Alec Baldwin was voted the best actor in a supporting role in which he interpreted the president. He looks like his look-alike !

However, he stopped his parodies of Trump last March. Because Trump's government is becoming more and more malicious and it really scares people. Indeed, the Emmy awards speeches was militant for the open-mindedness and the freedom of expression.
What's more, the handmaid's series won many awards. It's a scary series about the loss of rights in the future !

I watched « The handmaid's tale » two months ago, and indeed, it is a very scary series. It deals with a society in a near future who knows big problem of fertility, women in United-States are separated into three categories. The first category it’s the wife, they are infertile and they are the ruling class. The second category is « slaves » and they work in a colony and they are also infertile. And the last category is «Handmaids », they work for the wife, but they are capable of bearing children so they are rapped and forced to have babies for the ruling class. The TV Show follows June Osbourne’s life, a woman who is forced to work as a handmaid. She recounts her life before, during and after the creation of this new society: « The Republic of Gilead ».
Of course, «The Handmaid’s tale» is a fiction, but it’s showing how a society could be declined very quickly, I recommend it to you! 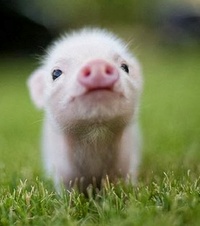 Hello everyone !!
Actually I don't really watch series except Grimm and Game Of Throne (GOT).
I know that the most populat series GOT wasn't nominated this year at the Emmy Awards because it wasn't broadcast in time, in other words, between June 2016 and May 2017. Indeed, the first episode of GOT s.7 was broadcast in July 2017, maybe the next season will be ready for 2018 or 2019 ... I'm so sad that my favorite series didn't participate at the Emmy Awards 2017 ! 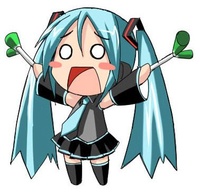 Hi everybody,
As Aurélie, I don't watch a lot of series, except Sherlock (the best series EVER) and Orange is the new black, so I don't know the nominated series for the Emmy Awards. But I already heard talking about the series "Big little lies" and "the handmaid's tale", so I am not surprised that they won awards because those are very popular series with a big success. So maybe I will watch one of those series later.

I just started to watch The Handmaid's Tales yesterday so I can't say a lot of things on it. But it seems to be a strong dystopia (I love this kind of series). In the same "dystopia spirit", the last serie I watched entirely is Westworld, from HBO (like Game of Thrones). It's about androids and humanity : there is a big park (like Disneyland but better) where rich people (becauce the entrance is expensive, like 40.000$ A SINGLE DAY!) are just hanging around in a far-west simulation with quests to do, sites to visit, etc. And the people of Westworld is made of androids created by the founder of the park. All the serie is about freedom of thinking and freedom of action (that's not easy when your brain is a SD card with a programm). I don't want to spoil, so if you are searching a (very very) good serie to watch ... Westworld ! Action, adventure, romance, psychology, dystopia, philosophy, western, intrigue : it's all-in-one, with very good actors, soundtrack and direction.

Hello everyone !
In fact, I did not know the Emmy Awards. I understood that is an award for quality television program. I do not know much about american dramas because it was not easy to find a network for that in Korea, but a friend show me Viking and Game of Thrones.
I have the impression that there is a lot of freedom of speech at the Emmy Award. There were a lot of satires about Donald Trump. In Korea it could never happen in an official TV Show.

Hi everyone!
I did not know about the Emmy Awards, but I do watch a lot of series. The serie that I actually watch is "New Girl". It's an American series filmed in Los Angeles. It is about a girl that share an apartment with three other boys after a break up. The serie is about their life together. It is a series mostly about friendship. It is quite relaxing because it is funny.

Actually i do feel the same way about Emmy Awards that some of you. I never watched this ceremony and i don't really care about what series are the most popular based on some people votes. I watched and still watch a lot of series. Since i haven't seen the serie "Walking Dead" on your posts i had the obligation to say that this serie is really awesome. If you like zombies that is. It's also basicaly one of the unique serie based on "How can I survive a zombie apocalypse". I also like this serie cause i'm always asking myself, what would i do if i were one of the Survivor. 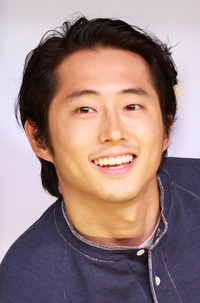 Hello !! I did not follow the Emmy Awards this year! As Aurélie and Justine I don't watch a lot of series. But I prefer realistic series like Desperate Housewives. Clément and Tom, if you liked the series I recommend you the book "The Handmaid's Tale" by Margaret Atwood, I read it when I was in high school and it was a very interesting book. Unfortunately, I have not seen the series yet ! I will probably watch it, but I'm afraid about being disappointed.

Hi guys!
I have never heard about Emmy Awards before..The same for "The Handmaid's Tale" and "Big Little Lies". Thanks Tom for summarizing "The Handmaid's Tale" I will probably watch it for my next serie. It seems quite interesting and intriguing. I am currently watching the third season of Narcos. I really like series about historic facts even if I know that everything is not based on the truth. It was crazy to discover how Pablo Escobar became the biggest drug dealer of Latin America.

I agree with Clement, Westworld is for me, the best tv show in recent years. The storyline is very, very gripping and the show has won many awards and is one of the best rated show on websites as IMDB.

This year, a show I love was nominee (but not won unfortunately). It's Better Call Saul, a prequel of Breaking Bad (my favourite show). Even if the serie is a quite worse as Breaking Bad, it's always a pleasure to see some of my favourite characters. The main character is a morally challenged lawyer involved in many issues with some mafia organizations in Albuquerque. I recommend it highly !

I personally watch a lot of TV series, especially British and American series and I follow the Emmy Awards every year even if I don't always agree with the nominees and the winners... I loved the Handmaid's Tale too but since you've all talked about it I also wanted to mention another very good series that won many awards this year with only one single episode, Black Mirror.

Black Mirror is a very special TV show, it's a British science fiction anthology series with between 3 and 6 episodes for each season, every episode tells a completely different story with new characters and a new fictional universe, the only thing each episode has in common is the fact that they are all dealing with the dangers of the new technologies and that every situation represents something that could happen to us in a near future if we are not careful. Do not watch it if you are sensitive because it is sometimes hard to watch, not because it is scary but because it makes you feel very uncomfortable after watching an episode... But it is also very interesting beacause it forces you to reflect about the way you're using technologies.

Last year's season was produced by Netflix and the episode that earned Black Mirror its Award this year is called "San Junipero". This episode was very special because unlike the others, it is very emotional and it ends quite well. The episode is about the love of two women for each other in a kind of parallel universe, but I can't tell more without spoiling so I advise you all to go  to watch it and to watch the entire series, I hope you will enjoy it!

Hi there !
I read all your comments, but nobody talk about the tv show Atlanta ! Donald Glover (you may know him as "Childish Gambino", or in another tv show Community) wins two rewards at the Emmy. The first one as the best actor in a comedy and the another one for the best realisator. He's a multifaced artist. I recommend you this tv show, it's very cool !

I used to follow Emmy Awards, but not too much this year...
I know that one TV Show won a lot of rewards "The handmaid's tale". I watched this TV show recently and I really appreciated it. The main actress, Elisabeth moss plays very well. Moreover, the scenario reflects some diffuclt subjects like conditions of womens, and domination by mens and society. We can note a reflect with the actual society, and .a form of conservatism from some political actors, like the actual President of US. Even if, Elisabeth Moss was wearing for the ceremony, the symbol of an american association whose acting for civil liberties.

Hello everyone
Recently I didn’t watched any series, but when I was in China, I was a fans of the American horror stories. I like Jessica Lange, the actress in the series, she’s so elegant and perfect in performing. But after that, I started being addicted in watching the Japanese animation. Re:Zero − Starting Life in Another World. Il talked about a senior school’s student who are suddenly transported into an another world where are fulled of magics. Il also talks the love, the persistance and the courage that we do need during our life. In fact this animation is so popular that everyone who likes watching animations talks and discuss that. I firmly recommend you to watch this animation. 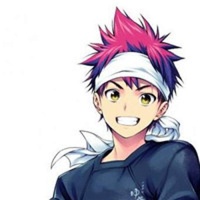 Just to show wissam that images work. The fox's name is Emmy.

Hi series lovers ! I started watching series not so long ago. I had been promoted the series Mr Robot, main character Eliot Anderson


embodied by the male actor Remi Malek. I let you search his bio on Google, as i want to share my understanding of this series that i entirely watched during summer 2016.

The story focuses on Mr. Robot, who is the co-founder and leader of the hacker group fsociety, a revolutionary prophet who plans to bring down the world's largest conglomerate. He is intelligent and charismatic (source 1) and he is also Eliot's father.

This series really gave me to think about our society and personal identity building. because Eliot questions himself permanently.

You can find all the awards associated with the Series if you click the link below :
[CLICK HERE] imdb.com title tt4158110 awards search for it if you want


Good job everyone, i hope you like my post and i'll be glad to read your next posts. 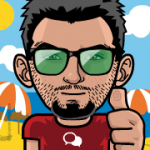