Ivan Menneteau wrote:Hi!
Well, I saw the last episode, it was so great. I think that’s the best episode, for now. I hope that I will say the same about the 7th episode.
As usual, this post is full of spoil. So, if you didn’t watch episode 6, run!

We start the episode with Maeve who tries to being killed to return with the butcher. He explains everything to Maeve, take her on a tour in the company and improve her skills, knowledges and abilities. That’s so surprising, the butcher obey directly, why does he do that? She saw the creation of androids who is beautiful and meticulous whereas destruction is dirty.
The second intrigue is about the spies and the malfunction of some androids. There are anomalies in sector 17, so Bernard wants to discover this area. He found a house with 5 inhabitants who are acting on the orders of Ford. These androids were created by Arnold for Ford; they represent Ford’s family. So, the child is Ford when he was a young boy?! Damn! Elsie went to the fields because she found a transmitter in a theatre. It was Theresa who made bug and modification on androids! Revelation! And there is another encoder who might be Arnold! Damn! Hosts hear voices from Arnold like the child says at the end of the episode.

This episode was so crazy! So much revelation.
I noticed an easter egg. When Bernard is in the basement, we can see a costume who comes from Westworld movie.
Bye!

Yeah another great episode. But a couple of questions:

Why would elsie go on her own in the middle of the night?
Why does she need to be face to Face with her superior to tell him what's up?
Why are the electric lights not repaired on the lowest level when they spend so much money everywhere? And yet the computers work there!

Yeah I saw the Yul Brynner character in the background - that was nice.

Admin wrote:
Yeah another great episode. But a couple of questions:

Why would elsie go on her own in the middle of the night?
Why does she need to be face to Face with her superior to tell him what's up?
Why are the electric lights not repaired on the lowest level when they spend so much money everywhere? And yet the computers work there!

Yeah I saw the Yul Brynner character in the background - that was nice.

I think that Elsie went alone because it’s her quest, she wants to solve this mystery. And we can hear noise, and she’s alone, I think someone will kidnap her/kill her or it’s someone who came to help her! Classic! We will know this tomorrow!
I think that even the smartphones are under surveillance and it’s for the good of the episode.
These different floors are mysterious! It seems cold, gloomy and dark. What were they used for? Build first androids?

Like Jérémy says, next episode if for tonight on HBO! Only four episodes to air until the end…

That’s cool that many people want to watch Westworld! It could really be the “next” Game of Thrones.

Hi!
Well, I saw the last episode. I said last week that I hope this episode will as awesome as the 6! It was!  As usual, this post is full of spoil. So, if you didn’t watch episode 7, run!

We start with Bernard’ past, about his child. We don’t learn much about his past.
We see Dolores and Williams. He like Westworld and don’t want to leave it. The comparison with the man in black is close. I love when they are attacked by the Confederados and they do a human bomb! It was awesome, I laugh so hard!
About Maeve, she stays awake when butchers came to take Clementine. Clementine is tested by Theresa and her “crew” and Clementine have rancour and kill an android after he beat her! She doesn’t answer to commands; she has to be lobotomised. Maeve saw her lobotomy and now she wants to leave Westworld!
But the main intrigue of the episode is around Theresa and Bernard. First Theresa and Ms Hale are plotting against Ford. B*tches! After the incident with Clementine, Bernard is fired. But, at the end of the episode, Bernard brings Theresa to Ford’ house. Here, we learn that Bernard is a host! Revelation!  He didn’t see the door and like he says before “Host don’t see everything”. And we can see a drawing with Bernard as an android. Ford trust more easily host than human, logical. I had already seen this theory where “everyone” are hosts. Then, Bernard kills Theresa. Unexpected!
So, Ford, good or evil?

I thought that the boss lady (theresa?) could be an android. How wrong was I? and then it made sense why Ford didn't take Bernard's sacking too badly. Anthony Hopkins is an incredible actor and he's playing his role so well. Surelywe'll see Elsie again, I don't believe that Theresa would kill her. Maeve is certainly fulfilling her new criteria and has become interesting, whilst Dolores has become boring for me and whilst I found some of the ideas that William has raised very interesting I don't find his actions logical.

Ford is both good and evil. He is a God in his own world.

Hi!
Yeah, Hopkins is such a good actor.
As usual, this post is full of spoil. So, if you didn’t watch episode 8, run!

Bernard takes off the different proof of the crime scene and erase scenes on security cameras. Later, before Ford erase his memory, Bernard has a flashback about Elsie, I think he killed her! Why? Why Ford would kill her? He’s a real God on Westworld, we feel that at the beginning of the episode.
Maeve wants to leave Westworld and rewrote her story, her past. But the two butchers want to erase Maeve and end this nightmare. When they deactivate Maeve, she’s done a perfect Mannequin Challenge and try to kill Sylvester. Felix saves him weirdly. Back in Westworld, Maeve can control Hosts and she brings total chaos in the world.
Dolores is going mad, she saw things. She saw dead people (The sixth sense

). She returns to her village who is the staple village. He is now buried in sand, and Arnold calls her, in her mind. Her story became weird. Then, Logan is back to revenge.
The man in black is back with Teddy. Teddy begins having reminds about the man in black. Now he distrusts him. They kill a beast who looks like the Minotaur, certainly a reference to the maze. Who damn is Wyatt? Does he protect the maze and Arnold? The man in black told his story to Teddy, it’s touching. We finally know him better. He says that “Arnold’s game leaves some trace”. The conception of androids for Ford and Arnold wasn’t the same. At the end, they are so much in crap!

I noticed two famous music, House of the Rising Sun (The Animals) at the beginning and later Back to Black (Amy Winehouse).

Hello !
What a great episode indeed !
We learn more about the man in black, he wants to find the secret of the mazze, playing with his own life, the authentic westworld ! The maze delivers the host so maybe he is not that bad and he tells the truth.
I think Wyatt is the key of the maze, and perhaps Arnold himself...
So wait and see 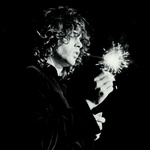 I didn't think eps8 was as good as recent episodes. I don't think that there would be anyway that anyone and certainly not low level techs or hosts could change their levels and core rules - certainly not to kill a human.

I also am getting bored with Dolores.

I enjoyed Ford/Bernard and the Man in Black storylines though.

I look the episode 9 ! It's gorgeous ! The end of the season 1 looks great with so much puzzle that we expect a response ! I let Yvan explain the episode

I wait the last episode to understand lot of riddle !

Hey!
I think that everyone saw episode 9. Well, the recap!
Now, you all know that Bernard is Arnold, actually a copy. But Bernard doesn’t look like Arnold, who was the mysterious man physically speaking? Bernard also killed Elsie, I think. We’ve seen flashback of Bernard trying to kill Elsie. At the end, Bernard kills himself by putting a bullet in his head. Ford is a God, he controls everything and everyone.
Maeve wants to bring Hector with her to kill the Gods. She also controls Bernard, she’s so powerful and intense. What a character!
We learn that Dolores killed Arnold, but was it a bug or Ford’s desire? Her story is quite confusing. Hope that they will develop in the last episode. William became crazy, and draw near with The man in black behaviour. We also learn that The man in black (we don’t know yet is fuck*** name!) is part of Westworld’s board. What are his motivations? I think we will discover everything about him next week.
Well, still a lot of questions about the series.
The next episode will last an hour and a half!
Bye and see you here Monday

Great end to a great series. One of my favourite new series.

Eps 10:
They kept some nice surprises to the end - The man in Black being William was fantastic. Well worked out Ivan! Dolores illogical sequences earlier were explained by the fact that they were flash back/ memory sequences and not actually happening alongside other things we were seeing. Ford wasn't a bad guy, he wanted his creations to find their own "being" and he led them through suffering to find it and then gave his life for them. All in all a wonderful series and some great acting. My only reservation is that Ford would surely realise that humans would simply come and nuke the androids after their killing spree.

Hi!
I will not recap the episode, so much spoil for those who don’t watch the series and those who watch it you all know what happens.

S1E10:
I knew that there was a link between the man in black and William. However, I don’t think that Ford is dead, I don’t want him to die.

At one time, Maeve was on a floor who show us samurai and different characters from Japan. The Westworld movie possesses different world like the Middle Ages. Maybe season 2 will include other worlds. We don’t know where is the park but we know approximately when the scene took place: 2052.
The series is so convincing, so beautiful, so graceful. It was a real pleasure to comment and share opinions about the series. I appreciate the fact that several persons watch the show with me and talk about it.
Unfortunately, season 2 is only coming in 2018..
Bye.